The possible end of trade with so called antique ivory

Elephants are heading towards extinction. Between 1930 and 1940, according to the world Wildlife Fund for Nature (WWF), there were between 3 and 5 million African elephants alive in the wild. Today, because of an explosion in illegal poaching, the number has declined to just 400,000. An elephant is poached every fifteen minutes, all year round. Unless we, the human race, put a stop to this, the largest mammal on earth will be gone in a couple of generations.

Most people active in the antiques trade knows exactly why this is happening. The illegal trade in elephant ivory is flourishing today. According to international rules, ivory objects made after 1947 are illegal to trade with. But these rules are being routinely flouted by dealers and auction houses around the world.

CITES was drafted as a result of a resolution adopted in 1963 at a meeting of members of IUCN (The World Conservation Union). On 1 July 1975 CITES entered in force. For many years CITES has been among the conservation agreements with the largest membership, with now 183 parties. Only "worked" ivory specimens acquired before 3 March 1947 can be considered antiques and therefore legally be traded.


As an antique dealer with a great interest in Oriental works of art, I have taken special interest in ivory that has been bought and sold in Sweden as well as internationally. What has struck me over and over again is how auction houses seemingly arbitrarily date objects made of elephant ivory as "late 19th Century" or "early 20th Century" even though they could very well have been made during the latter part of the 20th Century. It has become an "Auction House Standard", probably to avoid the eyes of the authorities and others that might question a catalogue entry.

I have been able to prove large anomalies over and over again with catalogued ivory objects in Sweden, Denmark, Germany, England and Asia during five years of writing the blog-post Antikmonologen. The sales of ivory has drastically dropped in Sweden since Antikmonologen started to penetrate the subject, in 2013. I act as a consultant to many Swedish auction houses -that want to do right- and frequently receive questions regarding ivory items; both from the trade and from the public.

Over the past few years I assisted the WWF of Sweden in addressing the ivory crisis, and in 2016, I was asked by the researchers for the BBC series Saving Africa´s Elephants; Hugh and the Ivory War, to point out suspicious ivory items that were for sale on the open market in England. In doing so, the BBC were able to show that seven out of ten ivory objects that they bought were made after 1947, i. e. illegal to sell.

In October 2016 I visited the largest Antiques Fair in Europe, Mercanteinfiera, with over 1,000 exhibitors, in Parma, Italy. The problems with numerous modern objects made from elephant ivory were in abundance. It was absolutely devastating to see how easily accessible all the ivory was, and to what extent. Smaller objects such as snuff bottles and netsukes were sold by hundreds of dealers. Several dealers sold very large and/or expensive items marketed for tens of thousands of Euros each. All items that I asked about were labelled as either "antique", "19th century" or "early 20th century" ivory, in stark contrast to my opinion. Most of the expensive items were sold with more or less home-made-looking certificates. Certificates are much easier to fake than the actual object. The Mercanteinfiera Fair takes place two times per year. 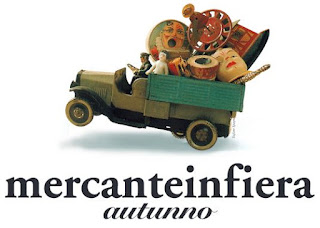 Unfortunately, according to the way the rules and regulations are set up, it is far too easy to claim the so called Antique exception and sell virtually any object made of ivory, claiming that it is from before 1947. It has become common practice for auction houses, when questioned whether or not an ivory object is old enough to be sold, to claim the Antique exception. In other words, auction houses are acting as both judge and salesman. They have a vested interest in judging ivory objects to be old enough, otherwise they are not able to sell them.


More or less local solutions for ivory sales are applied, with the US as the market with the strictest rules and the Chinese recently having said that they will prohibit ivory trade alltogether by the end of 2017. How and to which effect remains to be seen.


Is there a solution to the ivory dating problem? The simple answer is yes, without any form of doubt. There are around 125 laboratories around the world that perform AMS (Accelerator Mass Spectometry) radio carbon dating. And since the crucial year is 1947, it is very easy for any of those laboratories to determine the age of the object in question. The reason for this is that the first ever nuclear detonation took place in New Mexico, US, on the 16th of July 1945. There were 2053 nuclear explosions between 1945 and 1998. As explained to me by Professor Göran Possnert at the Tandem Laboratory in Uppsala, Sweden, this makes it relatively simple to date organic material from 1945 onwards with great precision.

So, is this very simple way of determining the age of ivory objects being used to any extent by the Auction houses (who totally dominate the high end market of the ivory business)? Alas, the answer is "No". The rather spurious pretexts from auctioneers has been that collectors do not want drill holes in the objects they might purchase or that the AMS tests are too expensive to perform. Or that it would not be a viable alternative to date all ivory objects and that the experts in the trade can date the objects themselves, from appearance only.

The drill hole argument is not good enough, since the sample needed is minute according to Professor Possnert. -It is very easily disguised. The argument that the experts can date the objects themselves is correct to a certain extent, but it should be noted that ivory is an organic material that is very easily patinated and the Chinese are sublime patinators (it goes without saying that objects are carved in antique styles). Also, the risk of a cataloguer dating an object as from before 1947, just to be able to sell it, is as earlier pointed out, obvious.

It all boils down to the actual cost of an AMS test. In Sweden it would be around 3000 Swedish kronor plus VAT. The cost in England would be around £500 plus VAT. However, according to Professor Possnert in the AMS laboratory in Uppsala, the testing for age of ivory objects is virtually never asked for, neither by private persons nor by organizations.

Does the above mentioned imply that all ivory items suspected of being post 1947 should be destroyed? Of course not. But my suggestion is that all items consisting of, let us say, more than 20% ivory should be tested, when they come up for sale. Always, with no exception. This ought to put a stop to most of the selling of elephant ivory. As soon as you make exceptions to that rule, the need for some type of jury comes up and that would complicate matters unnecessarily. How very obvious pieces are to be dealt with, for instance objects with known, specific provenances, is for the international community, EU/CITES to decide. Should they be excluded from the "absolute" demand for AMS-test? I personally think so, but the survival of elephants is at risk, so maybe no exceptions to the AMS-demand should be accepted. It certainly is complicated, but needs to be addressed. Now!


The obvious solution to the ivory crisis is to implement an obligatory AMS test for all ivory items that comes up for sale. Strong forces are at hand, and they bring modern, antique-patinated ivory carved in an antique manner on to the Antiques market. Once an ivory object is sold as "antique" or labelled as pre- 1947, it is generally accepted as "kosher" or okey for all times, by the trade. A form of laundering.

We have come so far that £300-500 should not be allowed as the cause of obliterating the elephants as a species, the largest mammal still walking on earth. Nota bene; still.

Background on the author of this article, Nicklas Cederqvist:
Art Historian, Antiques and Art dealer, Writer of the biggest blog post in Sweden on the Antiques trade; Antikmonologen.blogpost.se. Educated at the University of Stockholm and Sotheby´s Institute, London.